Create an Account - Increase your productivity, customize your experience, and engage in information you care about.

The Little Log Church and Museum at the corner of West 3rd and Pontiac streets was built in the late 1920s by community volunteers using local timber hauled down the Yachats River. It was completed and dedicated in 1930. It was served by ministers from the Oregon Conference of the Evangelical Church, and later by pastors from the Presbyterian Church. When the congregation grew too large for the little building, members built a new church a few blocks away, and the Little Log Church and property was sold to the Oregon Historical Society on the condition it be maintained as a museum.

It became a museum in 1970 and was deeded to the City of Yachats in 1986. The Little Log Church and Museum houses photographs of the area, settler exhibits, and works by former resident artists and authors. The Little Log Church and Museum is operated by volunteers on behalf of the City of Yachats for citizens and visitors alike.

Closed to the public due to COVID-19 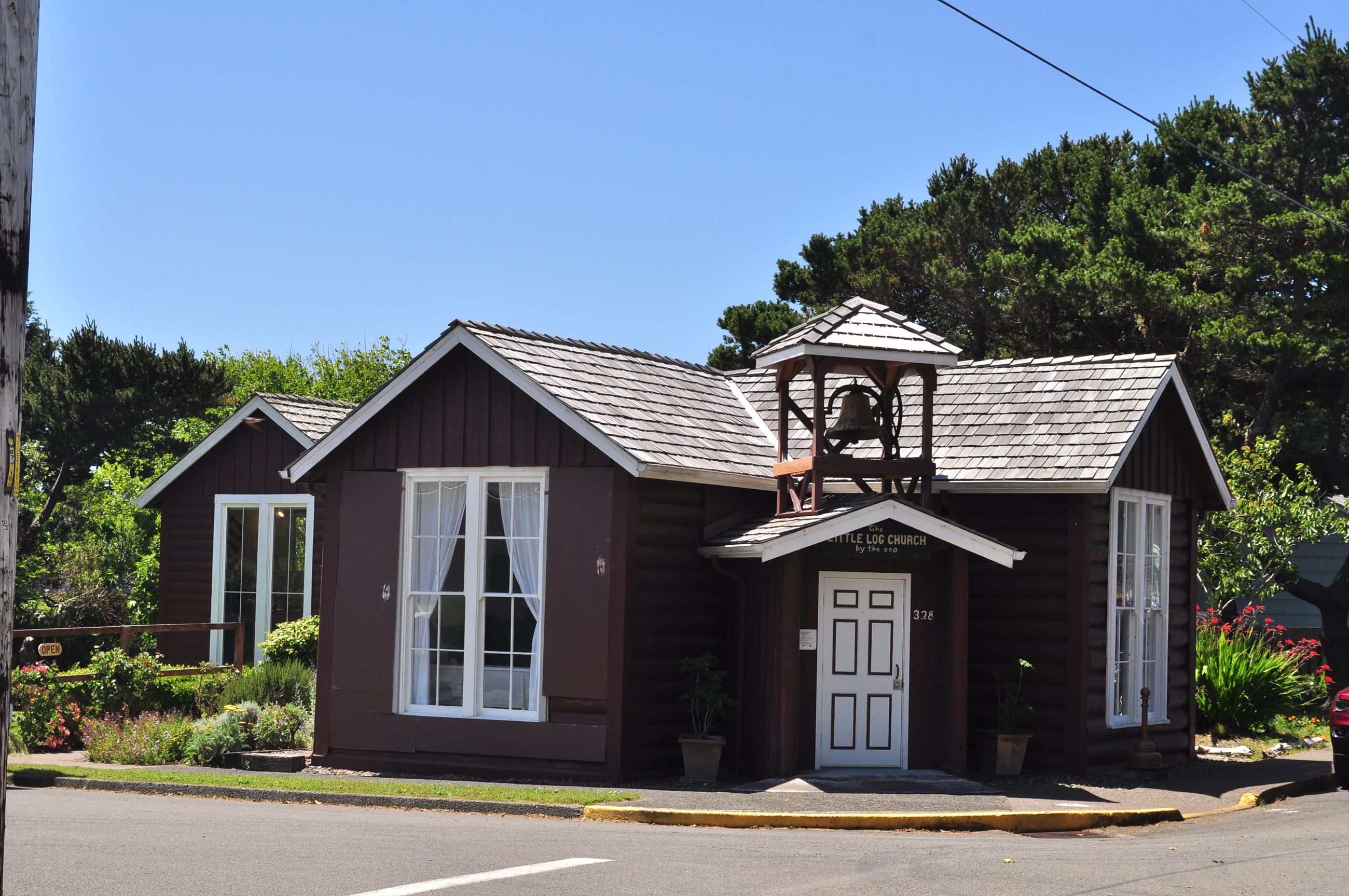 The Little Log Church and Museum has annual events, wedding vow renewals each February 14 and a Blessing of the Animals around the feast day of St. Francis of Assisi. It also hosts concerts and community events.  The Church portion can be reserved for your own wedding or special occasion.